It’s More Organic than You Think 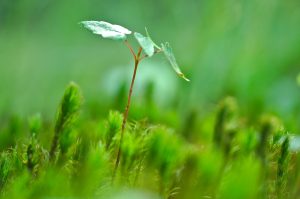 For a decade and a half now, I’ve been exploring what’s been called simple or organic church. Having been the beneficiary of an amazing God-intervention, together with good friends, I began this journey on a quest for “the simplicity that is in Christ” (2 Corinthians 11:3).

From the get-go, we knew we were exploring a wineskin that was organic rather than organisational, fluid rather than rigid, a wineskin inspired by the many “organic” Kingdom parables Jesus taught. For example, He said: “For the earth yields crops by itself: first the blade, then the head, after that the full grain in the head” (Mark 4:28).

One of my favourite quotes on this subject is from Neil Cole, who quipped that we learn more sitting in the field of the farmer than posturing in the boardroom of the businessman. Touché! Of course, there are now many books written on the topic, several using some version of the phrase “Organic Church.” However, when we began our little adventure, there were none. Zip. Zero. Zilch. And on more than a few occasions, we wondered whether we had put the “wrong stuff in our pipe.”

It’s More Organic than I  Thought

Yet, here’s the thing. Fifteen years down the road, I’m flabbergasted at just how “organic” this journey really is1. And this is not an overstatement in any way. I’m genuinely surprised. It’s more organic than I thought.

It’s our human tendency to try to understand things first (generally, a good thing); then to attempt to direct things (not always a bad thing) … and ultimately, to seek to control things (yep, not a good thing). And I was probably further handicapped having first served as a “senior pastor.” From the liberation of an institutional straitjacket, the plunge into an organic context was immediately life-giving. However, at some point the urge to understand, then direct, and finally control resurfaced. (And despite strangling it to death, it continues to surface when I least expect it).

Through subsequent God-interventions and the counsel of good friends, I’d like to think that I throttle those urges better now. However, I’m well acquainted with the temptation to try to map out, formulate, strategise, and organise “organic” church2.

Every inclination in us screams for the sense of relief that we might gain from getting our minds around how “it” works—or how we presume it’s supposed to work. While institutional church fits into neat man-made grids and formulae, the church Jesus is building does not. Alive in the Spirit, the ecclesia is imbued with His fluid and spontaneous quality (John 3:8)3. And we have to live with this tension, and the disorientation (and sometimes, frustration) that goes with it. Make no mistake; it is a matter of trust.

This has been my experience: the moment I think I get “organic church,” the second I think I can conceptualise it, package it, box it … something shifts, and I’m reminded who’s the Boss. “Now to the King eternal … to God who alone is wise” (1 Timothy 1:17). The Father is faithful to prune our proclivity to seek fallacious dependencies and settle for false allegiances (John 15:1, 2). Through the sting of repentance lies the joy of revelation. It’s more organic than I thought.

As every farmer knows well, if you plant a seed in good soil, make sure it’s well-watered and keep the bugs out, you’ll be fruitful. It’s more miracle, less science. More trust, less control. And if we learn to yield, it’s more joy, less sweat.

2 In more recent years, I’ve found I still do this, but for a different reason. I don’t do it so much for my own good anymore, but in trying to explain Kingdom communities to others, I have to resist the temptation to convey a “packaged” picture.

3 I know this concept is often abused, and used as an excuse for flighty behaviour and gaps in integrity. I’ve personally met too many people who justified chronic lapses of judgment and spooky-spirituality by quoting: “the wind blows where it wishes.”

As imitators of God (Ephesians 5:1, 2), our character ought to be predictable—faithful, dependable, trustworthy. However, the ways of God are unpredictable—spontaneous and fluid. Learning to be a Kingdom community alive in the Spirit means this: from the bedrock of faithful character, we pursue the promptings of the Spirit as we discern them together as a self-governing family (Acts 15:28). We also cultivate Kingdom values and principles knowing this intentionality is the soil in which fruitfulness grows. And when necessary, we yank out at the root anything—passive or indifferent attitudes, unresolved vested interests, and the urge to control—that would drag us back into a rigid, lifeless form. But there is no place for slapping Bible verses over flaky character and spurious behaviour.

The Hallmark of the Kingdom Of Methods and Movements

As a self-governing Kingdom community, our goal is maturity: to grow up into Christ’s likeness both individually and collectively—and this only occurs when we all participate and contribute into the shared-life mix, rather than being perennial children spoon-fed by a few. It’s a matter of milk or meat. Huh? Consider the milk or meat analogy the writer to […]

Of Methods and Movements

“Are you the house church people?” and “Are you part of the simple church movement?” are both questions I’ve fielded often over the past decade. My honest and sincere question to both these questions is: no. Yes, I’m fully persuaded that the best means for spiritual growth and mission—the God-designed means, in my opinion—is a spiritual family where faith […]

The Hallmark of the Kingdom

Paul defined the way of the Kingdom in his letter to the church at Rome, probably not a coincidence in the intelligence of God, prophetically declaring the King’s way into the capital city of the Roman Empire. He explained that the Hallmark of the Kingdom of God is not about outward rules or ritual observances—“eating […]