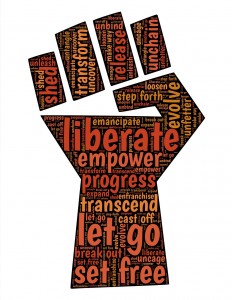 Jesus’ message was revolutionary. That’s to put it mildly. His words captured the imagination of some, rocked the world of others, and even incited threats and violence. Some marvelled openly. Others didn’t know what to think. And some just wanted to shut Him up. In His first public message, after making a few comments following the reading of a passage of Scripture, His audience wanted to throw Him off a cliff (Luke 4:16-29).

Yes, the miracles He performed were spellbinding, but His message was gripping, compelling. Dangerous. Provocative. Dangerously provocative.

Like me, you’ve probably heard it all many times over now. And in the playback loop, we may well be numb to the sheer audacity of it. The utter scandal of Jesus’ message. Yawn. You may even be bored.

Hopefully, I can help you hear it with fresh ears. I’ll certainly try.

This is the third article in our series on Messy Dogma, wherein we’re grappling afresh with the Message and Mission of Jesus. Our specific focus now is the actual Substance of Jesus’ Message. We’re going to break it up over over four blog posts. If you’re just joining us, you may find it helpful to start at the beginning with the first article in the series, Year Zero: The World Jesus Invaded or peruse the explanation and disclaimers to the series.

A Clarion Call to Revolution

Right, you ready for the rubber to hit the road? Screeching around tight corners at full-throttle? Good. In an attempt to capture the audacity of Jesus’ message, I think it’s best for me to simply throw you into it. To go ahead and make some strong statements about Jesus’ message, and then only afterwards, point to examples and explanations. In this way, I’ll pick up on the sociopolitical undercurrent of the first article in this series and draw in the melody of Jesus’ message that we touched upon in article two. And this is where it gets particularly interesting: And this is where things get really heated:

One of the biggest implications at this point is Jesus’ lack of emphasis on calling people to “get saved” (as we know it today). That is, He did not press people to “get saved” from eternal damnation, or in order to get to heaven. His call to salvation was a call to be saved from the prevailing corrupt frame story in which they were entangled; a deliverance only possible through a restored relationship with Father God.

Yes, yes. We’ll work through reams of Bible passages in the articles to come. However, do yourself a favour. Ponder over the points above. The sentences are shaped deliberately and the words chosen specifically. Allow yourself to think. To ponder. To kick and scream if necessary. Seek to hear the words of Jesus as His first-century audience heard them.

Of course, you may not agree with all that I’ve said. You may question most of it. That’s okay. Hang with me. We’re going to wade through a lot of Scripture next.

1 It is worth noting that this revolutionary message did not mean civil rebellion. Rendering to Caesar what was Caesar’s, the early believers were model citizens living by a truly distinct, higher way grounded in earthy application.)

2 You probably noticed the use of the word ‘righteous justice’ rather than ‘righteousness’ here (Romans 14:17). This is on purpose. As we will see later, Christendom has largely lost the justice implications of this word.