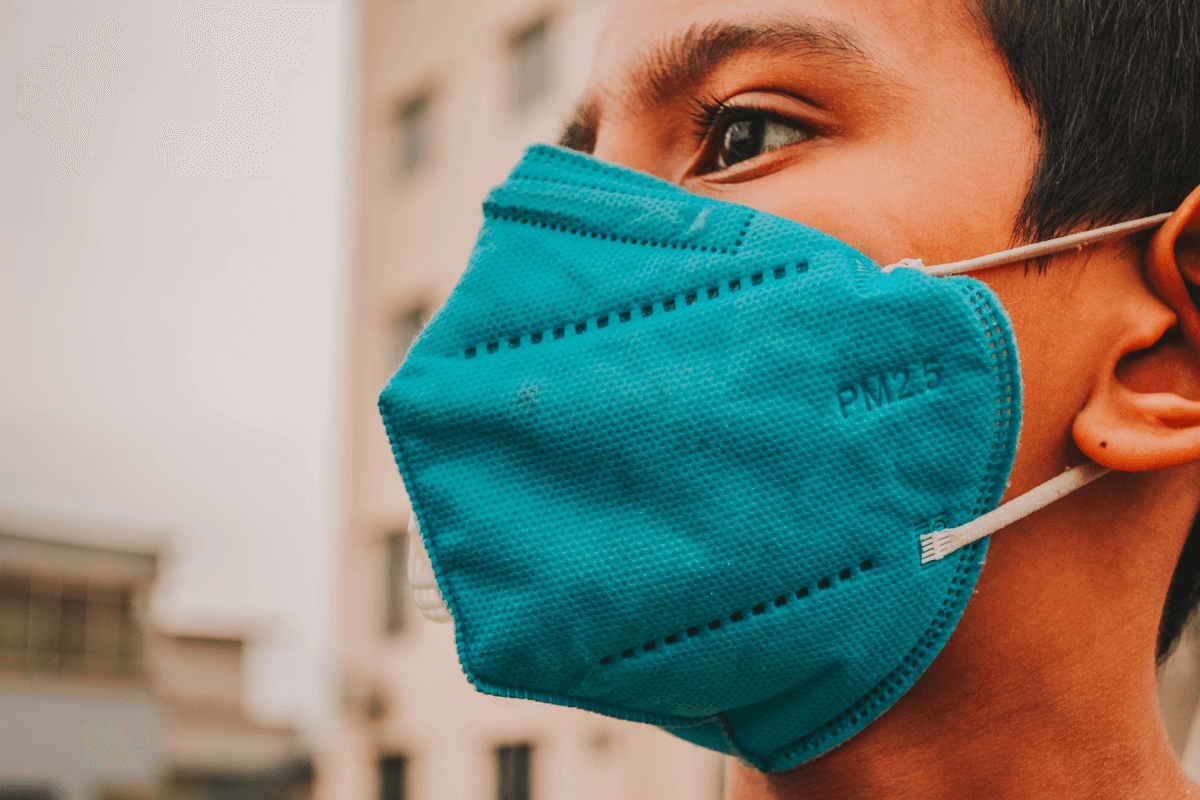 The Reasons I Got Vaccinated

I recommend that you first read my COVID-Appeal to Jesus-followers before reading this article. For those who don’t read that article first, in which I share a little of my own context, you can catch up on this information by clicking the plus icon below:

Two Reasons I Got Vaccinated

Firstly, I view getting vaccinated as playing my part in humanity’s global response to the pandemic. If we don’t achieve herd immunity (locally and globally), the virus will continue to ravage those most at risk and will certainly mutate into ever more dangerous variants that could put all humanity at risk. Is herd immunity a guarantee? No. Is the vaccine the silver bullet? No. Still, the vaccine is one important tool in humanity’s toolbox in our attempt to tame the virus.

Secondly, I felt it was one of several things I could do immediately to minimise the potential risk I could pose to those most at risk.

I realise that this may sound a little pretentious. And I am not saying that those who don’t get vaccinated are necessarily selfish.

To be honest, I wrestled with the decision to get vaccinated and did some serious soul searching. For me, I needed to find a valid reason to proceed that was beyond my fears, concerns and sense of self-preservation. I arrived at convictions that provoked me to act.

I think the points above are simply a reasonable response for those who want to play an active part in seeing COVID in the rear-view mirror of humanity’s journey into the future.

Again, please consider reading my COVID-appeal to Jesus-followers in which I discuss COVID-deniers, COVID-minimisers and COVID-smokescreeners.

What were the concerns I navigated?

Let me outline them in descending order of gravity…

My main concern was the speed at which the vaccination was produced and the blanket immunity offered to the pharmaceutical companies. Even though I understood the needs-must approach, this was by far my number one concern.

The truth is, we have no idea what the long-term consequences of the vaccination might be. While I think this is a legitimate concern, it is also likely that there may be nothing to worry about.

That 4.5 million+ people are already dead (at time of writing) and the virus has mutated to the more aggressive Delta variant, humanity’s need in the present outweighs the possible consequences in the future. Without intending to be overly dramatic, we must survive now if we want a future—regardless of the consequences we may need to face together down the road.

My second concern was the failure to look at repurposed medication for a solution. There are at least two examples that could be mentioned and both are now, at last, the subject of a proper study.

That said, I also understand that in order to fast track the vaccination, a tunnel-vision approach was required.

The powers-that-be, informed by health experts and scientists, chose a way forward and were single-minded in delivering the vaccination as the solution over repurposed medication. Like all decisions, there are pros and cons. To date, there is clear evidence that the vaccine is proving effective.

While I await the results of valid studies into cheaper, alternate COVID medication in the hope that humanity has other options aside from the vaccine (especially in poorer countries that don’t have access to the vaccine), I needed to play my part now.

My third concern centred around my lack of confidence in the powers-that-be, and few governments acted consistently or reliably as COVID took centre stage.

This wasn’t helped by the fact that COVID quickly became politicalised and that the health experts were forced to make up the rules in a volatile learning environment. The “Don’t wear a mask”, “Do wear a mask” fiasco was one notable instance of political tap-dancing that conveyed a patronising lack of trust in people’s good judgement, which served only to further undermine confidence in government. (Although, again, a valid concern, the shortage of masks for frontlines workers in the face of an unknown virus was the reason for the misinformation, not skulduggery.)

However, here’s the issue. What government has ever been considered trustworthy by all the people? By the very nature of the job, the government will always be pleasing to some while disappointing others. It’s literally the job in which office bearers cannot please all the people all the time.

Questioning the trustworthiness of those in government is a national pastime in every country. Many news shows, radio shows and podcasts exist solely to bash on government.

I simply could not afford to let any lack of confidence in government be the decisive factor in my choice to be vaccinated or not.

The question that helped me was this: toward what end are the powers-that-be working, even if they’re doing a shoddy job of it?

What government doesn’t want to see the back of the pandemic? While some are too lax in their response to COVID and others are too severe, all want an end to it. And thanks to the democratic process in Western world countries, each of them will be held accountable at their next “performance review”: election time—where you and I get to exercise our democratic right to vote.

As I said in COVID-Appeal to Jesus-followers, we not only have the privileged recourse of the democratic process in this country but as believers, we also have an incredible recourse through prayer. (See our #1Tim2 page.)

There are two “concerns” that didn’t trouble me in my wrestling with the idea of getting vaccinated. These so-called “concerns” are not only expressed by too many followers of Jesus, but they grip so many in fear, hysteria and paranoia.

Let me look at each of these empty “concerns”.

Doped on too many dystopian books and movies, many have developed a knee-jerk phobia to the idea of “Big Brother”, a larger-than-life bogeyman that they believe animates every opinion or perspective that differs from their own.

With extreme polarised politics, the left tarnishes anything on the political right as fascism while the right smears everything on the political left as totalitarianism. All nuance is lost in the age of soundbites and Twitter, and politics has become dumbed down into a single strategy: demonise the other side and lionise our side.

The result? Too many Christians see Big Brother lurking behind every bush and live terrified that the bogeyman will jump out at any moment to consume all they value and cherish.

Our world is more divided than ever before. The widening gap between the political left and right is driving more and more extreme behaviour. The crazy fringe at the end of each spectrum is getting louder and bolder. There is every reason to be vigilant, prayerful and discerning. There are certainly agendas at work today that need tackling, but they tend to be insidious forces working predominately through culture-shaping avenues such as education and mainstream media. They rarely sit in the seat of democratic government.

The pandemic has, in fact, revealed how inept and disordered the governments of the world are. Political parties are more likely to implode from within than unite around some tyrannical agenda, let alone unite across the aisle to topple the democratic laws of our country.

Yet some worry that mandated vaccines are one step toward totalitarianism.

To date, the only mandated vaccinations are for medical and frontline workers, high-risk groups and government officials. In the first two cases, I think that it’s entirely reasonable that front-line workers are vaccinated—for their own sake and those they assist—and those most at risk are saved from their own potential short-sightedness. In the third case, the government is literally taking their own medicine.

Yes, governments are incentivising vaccinations and that’s one legitimate mechanism at their disposal. If we think they’re overreaching, we can use the ballot box.

Will this mandate extend beyond health workers, high-risk groups and government officials? In the race for herd immunity against the threat of more dangerous variants, if the vaccination rates don’t keep track, it might happen.

If it does, it’s not because the government wants to control your mind or take away your liberties. It would happen because, in the middle of a global pandemic and in sheer frustration and exasperation, they overreach to save lives and rescue the economy in the face of a minority of people who, for various reasons, refuse to get vaccinated.

And I can assure you, their overreach will cost them at the next election.

In other words, it may prove both a necessary overreach of their power and a decision that costs them their job.

Such is the checks and balances of democracy.

The fear of totalitarianism rising from the ashes of COVID is an empty concern. But here’s what does concern me.

So many followers of Jesus are so consumed with this empty fear, tilting at this modern-day windmill like Don Quixote of old, that we’re missing our moment.

Seldom has there been a better time for followers of Jesus to model peace-bringing, peace-making acts of grace and goodness.

Seldom has there been a better time for us to demonstrate the self-giving love of Jesus and make a difference.

This is a complex topic, as it involves one’s eschatology, and too many believers have a convoluted view of the end times spawned more by sensational movies and fictional books than by what the apostles and early church fathers taught. (I refer the reader to our article A Hopeful Eschatology for a more serious look at the subject.)

That said, Jesus made two things very clear in Matthew 24.

On the one hand, He said that wars, rumours of wars, famines, pestilences and earthquakes (Matthew 24:6, 7)—our staple news headlines—were not the prelude to the end.

See that you are not troubled; for all these things must come to pass, but the end is not yet.”

And remember, He started this teaching by warning us against becoming distracted and deceived by such events (Matthew 24:4).

On the other hand, Jesus urged us to single-mindedly focus on the advance of the Kingdom of God as the central factor around which the end of the ages hinged. He said:

And this gospel of the kingdom will be preached in all the world as a witness to all the nations, and then the end will come.”

Our focus ought to be on the job Jesus gave to us: embodying His Message with authenticity of character and good works that glorify the Father. (See A Magnanimous Orthodoxy for more of this topic.)

No ones knows where we are in the end times unfolding. No one. Only the Father knows. Jesus stated this emphatically (Matthew 24:36).

Be wary of those who say they know. They don’t.

What we do know with certainty is that COVID, like other news headline events, is not a defining factor in God’s reckoning.

COVID can, however, prove to be a distraction that takes our eyes off our mission. COVID can be a source of fear that paralyses us from playing our part.

For too many Christians, this is exactly what’s happening.

If you find yourself in this position, take courage from the words of Jesus:

These things I have spoken to you, that in Me you may have peace. In the world you will have tribulation; but be of good cheer, I have overcome the world.”

The Reasons I Got Vaccinated

Navigate the article via the jumplinks.

Two Reasons I Got Vaccinated